Chadian FM: Chad Has No Ties With Western Sahara Separatists

Rabat – Chad’s Foreign Minister Amine Abba Siddick said in Morocco on Monday that his country supports a political solution, within the framework of the UN, to the Western Sahara conflict. During a press conference in Rabat following a meeting with Moroccan FM Nasser Bourita, Siddick recalled Chad’s withdrawal of its recognition of the self-proclaimed […] The post Chadian FM: Chad Has No Ties With Western Sahara Separatists appeared first on Morocco World News. 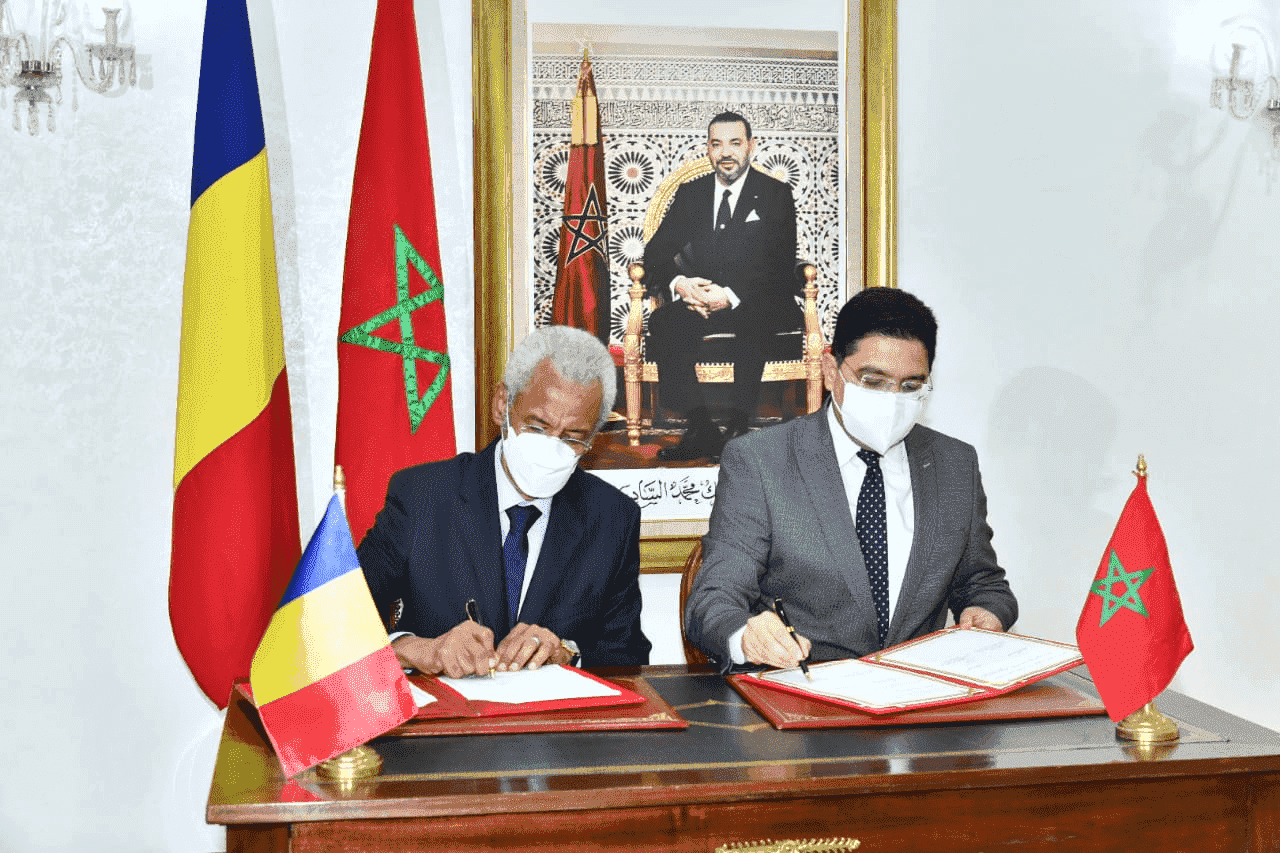 Rabat – Chad’s Foreign Minister Amine Abba Siddick said in Morocco on Monday that his country supports a political solution, within the framework of the UN, to the Western Sahara conflict. During a press conference in Rabat following a meeting with Moroccan FM Nasser Bourita, Siddick recalled Chad’s withdrawal of its recognition of the self-proclaimed Sahrawi Arab Democratic Republic (SADR) in March 2006.  The official underlined that Chad no longer has any ties with SADR. The representative also reiterated the position Chad’s President, Idriss Deby Into, presented before the UN General Assembly: The Central African country supports a political solution “exclusively” within the framework of the UN-led process. Chad’s reaffirmation of its support for the UN-led process adds to Morocco’s growing diplomatic momentum in the Western Sahara dispute.  Malawi, a former ally of the separatist Polisario Front, pledged support on October 24 for Morocco’s diplomatic approach to solving the Western Sahara question. Malawi withdrew its recognition of SADR in May 2017. Abba Siddick also said Chad welcomes Morocco’s “serious and credible efforts” to move towards a settlement in the Western Sahara question, noting Morocco’s autonomy plan. Morocco’s approach to the Western Sahara issue has recently seen a significant wave of diplomatic support, with growing recognition of Morocco’s sovereignty over its southern provinces. Three sub-Saharan countries inaugurated consulates in the southern city of Dakhla on October 23, including Guinea-Bissau, Equatorial Guinea, and Burkina Faso. In recent months, Liberia, Cote d’Ivoire, Burundi, Gabon, the Central African Republic, Sao Tome and Principe, and Comoros all opened diplomatic representations in Laayoune. On October 22, Gabon reaffirmed its support for Morocco’s Autonomy Plan as the framework for a solution to the territorial dispute. Gabon adds to many other African countries that recently expressed their support for Morocco’s autonomy proposal. This month, Cote d’Ivoire, Senegal, and The Gambia, among other countries, said that the Moroccan proposal is the most credible solution to the territorial dispute. Morocco, Chad, and security Abba Siddick also welcomed Morocco’s “impartial positions” in dealing with security issues in Africa, a matter that concerns the two nations. As part of its efforts to build and maintain peace in the Sahel, Morocco, known for its benevolent Islam, has adopted an active role in training imams of the region in order to curb the spread of extremism. In 2016, King Mohammed VI ordered the construction of a large mosque in Chad to train imams to emphasize and integrate Islam’s values of peace and tolerance in African Islamic eduation. In addition, Morocco offered Chad a position in the King Mohammed VI Foundation for African Oulema (Muslim scholars). New cooperation agreements between Morocco and Chad Beyond discussing Morocco and Chad’s position on the Western Sahara conflict resolution process and other security matters, the meeting between Bourita and Siddick resulted in the signing of six new agreements, according to Morocco’s state media. They relate to various fields including diplomacy, agriculture, energy, information and communication, culture, and tourism, among others. The agreements aim to promote the exchange of experiences and expertise between the two nations. In addition to Chad, officials from Morocco and Equatorial Guinea also advanced bilateral cooperation today.  Morocco’s Minister of Industry Moulay Hafid Elalamy met with Equatorial Guinea’s FM Simeon Oyono Esono Angue to discuss means to reinforce industrial cooperation and share experiences, given the sub-Saharan country’s experience in gas and oil, according to Elalamy. Morocco also signed a cooperation agreement with Eswatini today, related to boosting partnership in the sectors of health and industry. The recent strengthening of South-South cooperation concerns Malawi as well, with Morocco and Malawi signing four agreements on October 25 in fields including agriculture and food security, higher education, scientific research, and housing, among others. The post Chadian FM: Chad Has No Ties With Western Sahara Separatists appeared first on Morocco World News.
Read More

‘We Are Broken’: 6 Dogs Killed in Attack on Morocco Animal Aid

Ministry: Civil Protection Worked Hard to Save the Young...

Rabat – Twitter is responding to fake news and disputed claims by adding labels...

Conversation with a Conservationist: A Future for Africa’s...

Rabat – The US Embassy in Morocco released a video showing its staff members wishing...

Rabat – King Mohammed VI has sent a message of congratulations to Boris Johnson...

Rabat &#8211; Director of Epidemiology at the Ministry of Health Mohamed El Youbi...

Marrakech &#8211; The World Health Organization (WHO) is investigating reports of...

Rabat – Morocco’s High Commission for Planning (HCP) has declared that the probability...