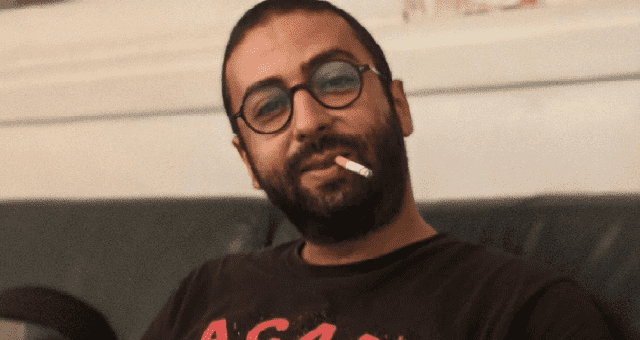 Rabat – Human Rights Watch (HRW) joined Amnesty International in highlighting Omar Radi’s case, a Moroccan journalist facing charges of “violent rape” and “receiving funds from a foreign agent.” HRW shared on Monday its report on the arrest of Radi, who works as a journalist for Moroccan news outlet Le Desk. The report came one day before Radi’s latest appearance in front of an investigating judge, September 22. An investigating judge decided to put Radi in jail on July 29 after his alleged rape victim Hafsa Boutahar filed a complaint against him. Boutahar is responsible for public relations and advertising at the same news outlet where Radi works and recently opened up about the alleged assault in an interview. HRW considers Radi’s prosecution, a case that combines the espionage and rape charges, as “flimsy and political.” The NGO claims that the country’s authorities are abusing the “justice system to silence one of the few remaining critical voices” in Morocco’s media. While the NGO directly stressed that the alleged rape victim has a right to be heard, HRW framed her story in an agenda-driven context. Human Rights Watch alleged that Morocco has a tendency to arrest and imprison journalists on “questionable charges of sexual misconduct.” The NGO also called on Morocco to release Radi, pending trial. “The authorities should drop all unfounded charges against him, release him pending trial, and guarantee fair and transparent proceedings for him and all parties in court,” acting Middle East and North Africa director at HRW Eric Goldstein argued. Focusing on Radi’s side of the story HRW has long argued that it stands for supporting human rights and truths.  The recent report, however, failed to provide the narrative of Hafsa Boutahar, who is asking for justice amid criticism from Radi’s supporters. Rather than describing her as an alleged victim, HRW paints Hafsa as an accuser. Although there is no public evidence yet to support either side of the story, HRW has preemptively, if cautiously, sided with Radi, who claims his sexual encounter with Hafsa Boutahar was “consensual.” “His accuser, who has stepped forward publicly, has a right to be heard and respected, and, like Radi, a right to fair judicial proceedings,” HRW wrote. However, the organization kept its focus on Radi and did not detail the alleged victim’s claims. “Radi and his accuser agree that they had a sexual encounter in that living room at around 2 a.m. on July 13. However, while Radi said the sex was consensual, the woman said she was assaulted,” HRW reported. The NGO cited Radi’s friend, Imad Stitou, whose statement was consistent with his colleague. After his arrest, Radi acknowledged he had sexual relations with Hafsa Boutahar twice. In her recent interviews, Boutahar claimed Radi assaulted her. The woman spoke previously about the alleged assault, but shared more details about the case. In August, she told Le360 that the journalist raped her on July 12. She said she never was a friend of Radi. “Radi was a colleague, no more and no less. I showed support, humanity, and compassion for a colleague,” Boutahar said. Hafsa’s testimony The woman said the journalist raped her at her bosses’ house, where her colleagues often meet to work due to the COVID-19-induced lockdown. Boutahar had to stay with their bosses because she lived too far to commute. When everyone was sleeping, Boutahar had to spend the night on the sofa as guests of the family were occupying the room her bosses had offered to her. She said she was talking to her fiance through a video call when Radi sent her a text message telling her she is beautiful. The woman claimed she answered using emojis to express thanks, and Radi responded by a text, asking her if he had to go to her or she was going to him. She claimed she answered, saying that she would go to him after she ended her conversation with her fiance. “I thought he wanted to talk, that’s all.” Boutahar said that Radi was acting inappropriately toward her even before the rape, claiming he was drunk. “He sniffed at me as a wild animal that caught prey.” She was in a state of “semi-conscious trauma” as Radi forcibly penetrated her, she claimed. Boutahar also condemned the silence of Radi’s friend Imad Stitou, claiming that the rape happened under his watch. Radi strongly denied the rape accusation. An investigation is still ongoing to determine the circumstances of the rape case, with both parties remaining attached to their assertions. The post HRW Report Questions Motivations Behind Omar Radi Rape Accusation appeared first on Morocco World News.
Read More

Ministry of Health Stocks Pharmacies Across Morocco with...

Rabat &#8211; Moroccan football player Abdelhak Nouri has come out of a coma after...

Rabat &#8211; Moroccan footballer Hamza Mendyl has become a father for the first...

Rabat &#8211; Members of the Human Rights Committee at the Parliament of Spain’s...

UNESCO Director-General Audrey Azoulay appeared yesterday in a video on the organization’s...

Rabat &#8211; Turkey and Morocco appear to have launched negotiations to maintain...

Rabat &#8211; A woman has won a case against budget airline Ryanair in a Spanish...