King Mohammed VI has sent a message of congratulations to all the members of the Moroccan national football team of local-based players for their triumph in the 2021 African Nations Championship (CHAN). The Moroccan squad won the title last night, February 7, becoming the first team to win two consecutive CHAN titles. In his message, […] The post King Mohammed VI Congratulates Atlas Lions for CHAN Triumph appeared first on Morocco World News. 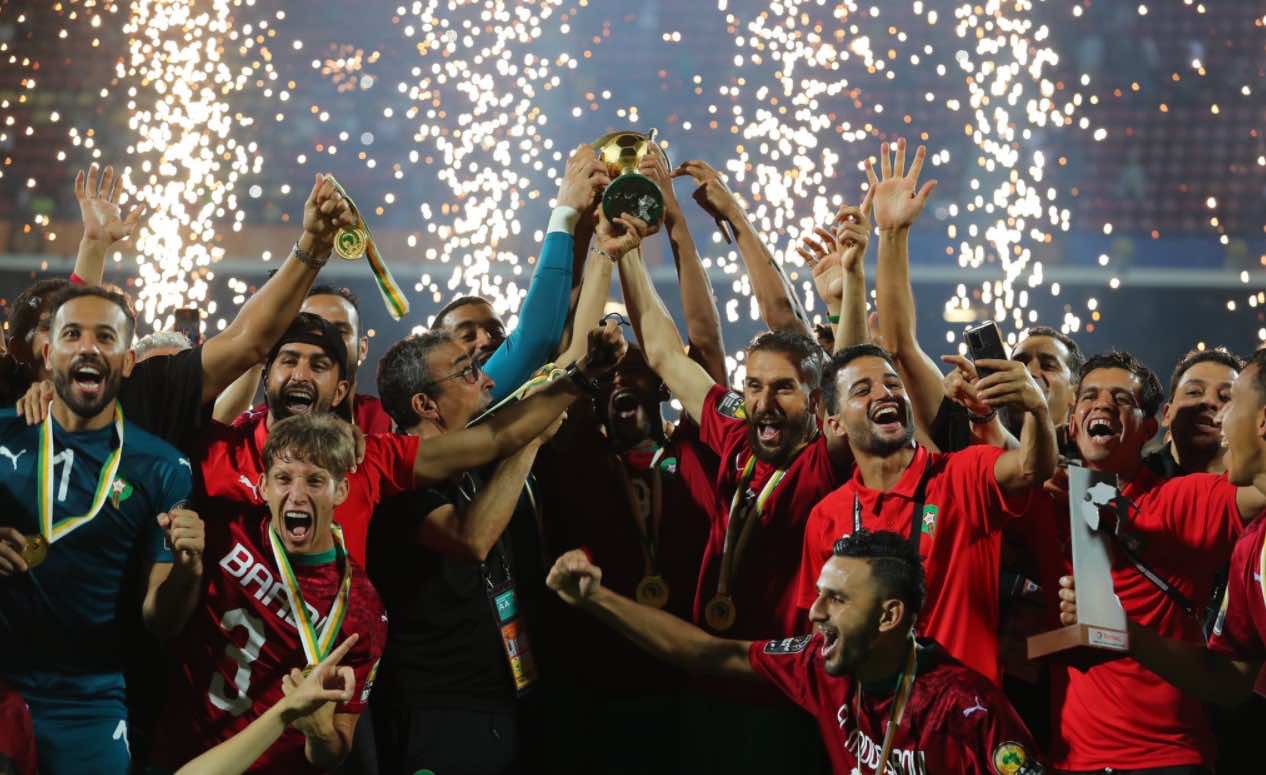 King Mohammed VI has sent a message of congratulations to all the members of the Moroccan national football team of local-based players for their triumph in the 2021 African Nations Championship (CHAN).

In his message, King Mohammed VI expressed “his warm congratulations following this well-deserved continental title,” a statement from the Royal Office has reported.

The King congratulated all those who contributed to the achievement, including players, coaches, medical, technical, and administrative staff, as well as officials from the Moroccan Royal Football Federation (FRMF).

King Mohammed VI shared his appreciation of “the strong determination, the great sportsmanship, and the brilliant technical performance,” exhibited by the Atlas Lions during the CHAN tournament.

He also thanked the Moroccan team for demonstrating Morocco’s strong continental presence in terms of football.

The King concluded his message by reiterating his pride and wishing the national team success in claiming more regional, continental, and international titles in the future.

Morocco earned the CHAN title after defeating Mali with a score of 2-0 in the final. During its campaign, the national team also eliminated Zambia and the tournament’s hosts, Cameroon.

The Moroccan team earned the title while having the strongest offensive line in the tournament, with 15 goals scored in six games.

Individually, Raja Casablanca striker Soufiane Rahimi earned the Man of the Competition award, given to the best player in the tournament. He also won the Top Scorer trophy after netting five goals in the tournament.

Barcelone FC in Talks with Schalke 04 Over Amine Harit

Morocco’s FRMF Decides to Hold All Football Matches Without...