Rabat — Over the past four days, Spanish authorities discovered 41 migrants attempting to illegally reach Europe by way of Spanish-enclave Melilla, some hiding among broken glass and toxic ash. On Friday, four migrants were discovered stowing away in a recycling container of broken bottles and other glass shards, the Spanish Civil Guard reported Monday. […] The post Melilla Migrants Brave Deadly Conditions En Route to Europe appeared first on Morocco World News. 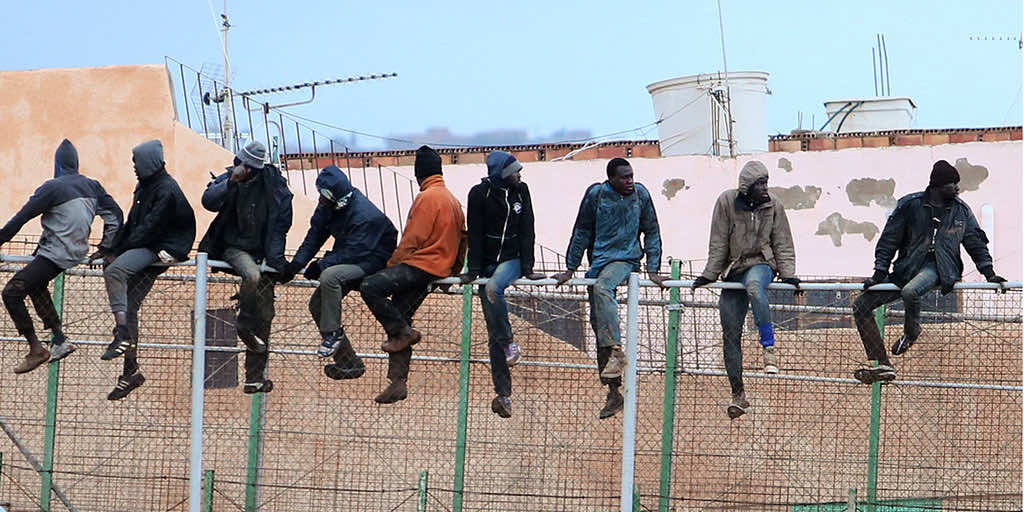 Rabat — Over the past four days, Spanish authorities discovered 41 migrants attempting to illegally reach Europe by way of Spanish-enclave Melilla, some hiding among broken glass and toxic ash.

On Friday, four migrants were discovered stowing away in a recycling container of broken bottles and other glass shards, the Spanish Civil Guard reported Monday.

In another recent video released by the Spanish police, an officer uncovers a motionless leg protruding from a bag of ash from the city’s incinerator, a material considered highly toxic. As the agent started removing the ash, the stowaway appeared to regain consciousness.

Melilla and neighboring Spanish-enclave Ceuta are common destinations for African migrants seeking refuge in Europe. Many hide in the cities for weeks, awaiting a chance to stowaway on a ship or truck bound for continental Spain, a journey that can take up to seven hours.

Despite the grim reality for illegal migrants within Melilla, they face even harsher odds attempting to get into the territory. Just last month, Spanish authorities caught around 150 sub-Saharan African migrants scaling the 20-foot-high, barbed-wire fence separating Melilla from Morocco.

Border patrol sent most back to Morocco and the rest to a local migrant center for “assessment.” Nine were hospitalized from their injuries.

Immigration advocates are working to attract greater attention to alleged human rights violations against migrants within Spain’s African enclaves. In September 2019, the Council of Europe urged Spain to improve protections for migrants and asylum seekers in Melilla and Ceuta, particularly regarding unaccompanied children.

Others are less hopeful. A local lawyer who advises undocumented immigrants within Melilla fears the problems in the city are far too entrenched in “a place that no longer sees the full humanity in others — even in lost boys.”

When asked by a reporter if he has hope for the future, the man replied, “Oh, none whatsoever.”

Biden to Netanyahu: US Will Uphold Israel’s ‘Normalization’...

Important Tips To Find The Best Shotguns For Your Need

Are you Looking for a safe and secure place where there is a gun for sale online?...

… to him taking drugs to Morocco. He said he has a … newsletters with the latest...

… Africa, the other two being Morocco and Egypt, and joins … WHO, the World Bank...

Global Wheat Flour Market to be Driven by Rising Demand...

Wheat flour is a fine and coarse powder made from the entire grain of wheat, which...

The Ideal coffee Manufacturers under $100

The power assist wheelchair industry is primarily being driven by the rising investment...