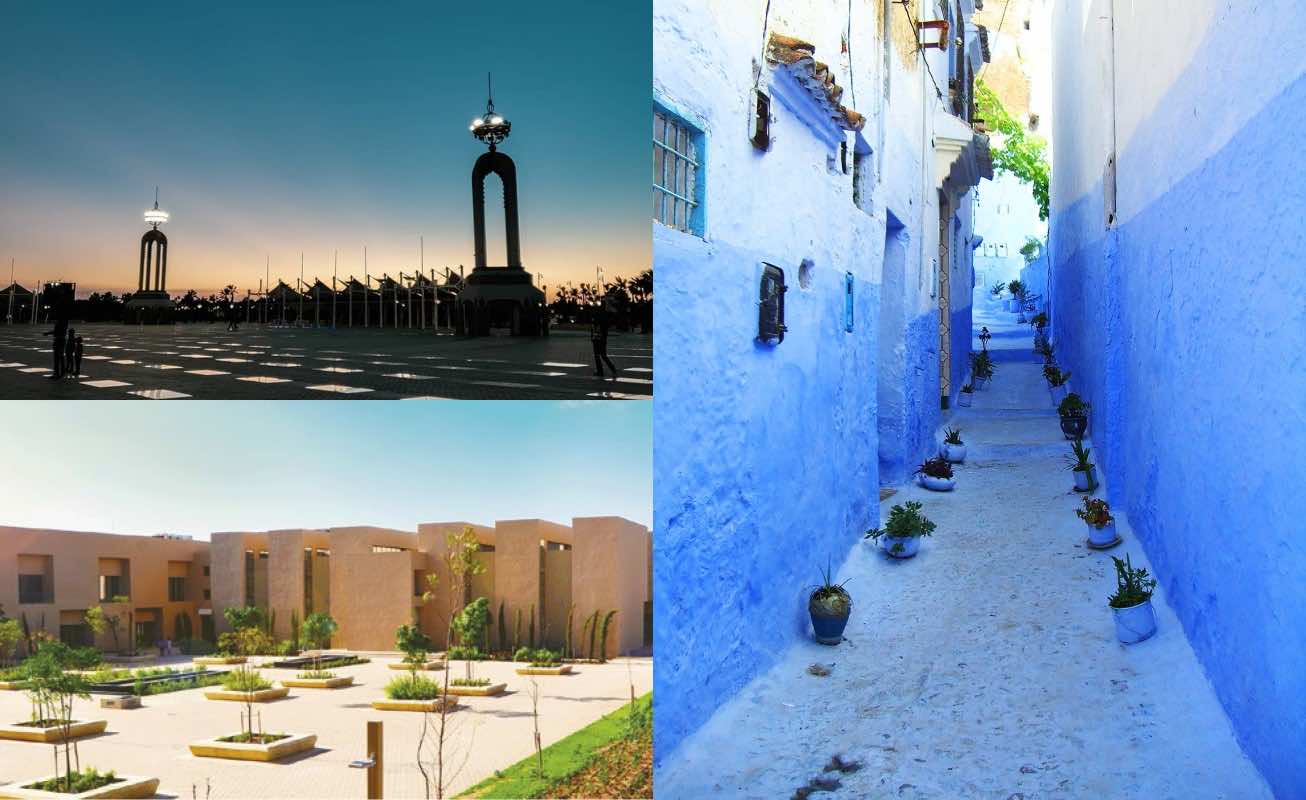 Rabat – Morocco’s Benguerir, Chefchaouen, and Laayoune have joined the UNESCO Global Network of Learning Cities (GNLC).  The three cities joined GNLC because they are “outstanding examples of how lifelong learning can become a reality at a local level,” according to a press release from the UNESCO Institute for Lifelong Learning (UIL).  Benguerir, Chefchaouen, and Laayoune demonstrate how effective learning policies and practices can support the development of inclusive, safe, and sustainable cities.  To join the UNESCO network, a city’s mayor and administration must display a strong commitment to lifelong learning. The city should have a clear vision for providing lifelong learning opportunities for everyone in the community. Once a city joins the network, GNLC expects it to participate in the activities of the network and produce a biennial report outlining its achievements as a learning city. Benguerir, in the Marrakech-Safi region, earned its appointment to the network by strengthening its educational and socio-cultural infrastructure. GNLC underlined the city’s important research structures such as the UM6P University, a higher education institution with an international vocational standard, as well as the School of Excellence, a scientific and technological school with a capacity of 3,000 students.  Benguerir Mayor Abdelaati Bouchrit welcomed the city’s inclusion in the network. “Let’s act together for a participatory and inclusive community development based on education and training for all,” he said in an encouraging statement.   Read also: Morocco Joins UNESCO Committee for Safeguarding Intangible Heritage Since 2010, when the Blue Pearl of Morocco, Chefchaouen, declared itself an “ecological town,” the city has sought to preserve its cultural heritage, improve ecotourism, and develop the local economy. Chefchaouen’s appointment to the UNESCO network recognizes its 2030 vision, which focuses on economic, social, environmental, and cultural aspects.  Chefchaouen has identified three main axes for local strategic planning: Localization of sustainable development objectives, climate, and heritage. The city’s experiences have propelled it to the status of a learning city, one that shares its experiences and participates in networks of municipalities.  “Since 2009, the Chefchaouen Town Hall has launched an arduous task of modernizing its administration and strengthening the proactive role of local authorities in the development of the town and its openness to foreign countries,” said Chefchaouen Mayor Mohamed Sefiani in the press release. The city’s initiative not only strengthens “strategic relations with state, multilateral or private organizations, and institutions,” but also opens the city’s administration up to citizens and civil society actors. Laayoune, one of the jewels of Morocco’s southern provinces, ascended to the UNESCO network thanks to its territorial development. To make education accessible to all, Laayoune has prioritized strong infrastructure and mobilized several learning-focused projects.  Projects in development include a library, reading points within schools, foreign-language learning centers, a sports center, a training center for craftsmen, a center for housing students from rural areas, a center for orphans, and transportation for people with disabilities. “The municipal council of Laâyoune has set itself several objectives to be achieved,” Laayoune mayor Moulay Hamdi Ould Errachid said. “These objectives concern all sectors that closely affect the population, particularly the education and training sector.”  Being classified as a learning city by UNESCO, he concluded, will give Laayoune more opportunities to “open up to its surroundings.” Read also: Morocco Advocates Pragmatic, Inclusive Multilateralism at UNESCO Meeting UIL Director David Atchoarena explained in the press release that the COVID-19 pandemic has underlined the need to build more resilient education systems for the future.  “With more than half of humanity living in urban areas, cities must be at the center of this undertaking,” he underlined.   “During the pandemic, UNESCO learning cities from around the world have shown that they are well placed to make lifelong learning a reality, also under harsh conditions,” Atchoarena continued.  “I warmly welcome the cities of Benguerir, Chefchaouen, and Laayoune … and very much look forward to working with them on further advancing our goal of ensuring lifelong learning for all.” Along with the Moroccan cities, the UNESCO network has welcomed 52 other cities from 27 countries. In total, 230 cities in 64 countries make up the UNESCO GNLC. The post Morocco’s Benguerir, Chefchaouen, Laayoune Join UNESCO Network appeared first on Morocco World News.
Read More

Moncef Slaoui: COVID-19 Vaccine Will be Ready by December

AU Discusses Morocco’s Presidency of Its Peace and Security...

Ministry of Health Orders Arrest of Fake Psychiatrist in...

How to Make Moroccan Amlou, Mixture of Argan Oil, Honey,...

Official: Ramadan to Begin in Morocco on Saturday April...

Rabat &#8211; The Ministry of Islamic Affairs announced Saturday, April 25 as the...

Rabat – An inflatable boat carrying around 94 irregular immigrants of Sub-Saharan...

Official: What Unites Rabat, Algiers is Bigger Than What...

Rabat &#8211; The speaker of the Moroccan House of Representatives, Habib El Malki,...

Rabat &#8211; During a time when many people are glued to their screens while working...

Rabat – Experts investigating substances that police confiscated during a counterterrorism...

Rabat &#8211; The Aksal Group is set to unveil its plans for Morocco Mall Marrakech...