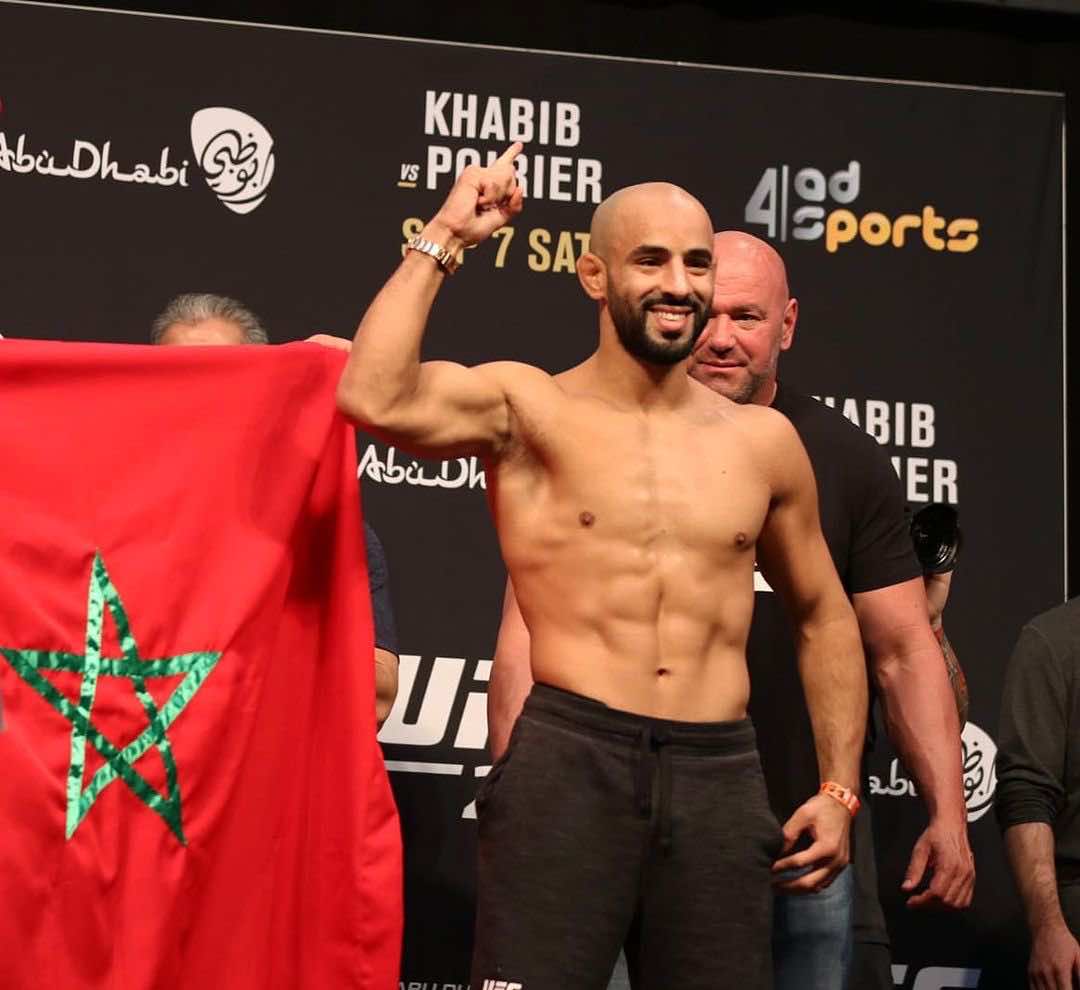 UFC President Dana White told ESPN on Saturday, February 20, that he has decided to give Azaitar a “second chance” after his infamous breach of the COVID-19 safety protocol one month earlier.

On January 22, White announced that the 30-year-old Moroccan was fired from the UFC for violating quarantine measures.

According to White’s narrative, Azaitar helped someone sneak into the “Fight Island” bubble — a quarantine zone that only fighters and their teams are allowed to access.

“He and his team cut off their wrist bands, gave them to somebody outside the bubble, I don’t know how they even did it,” the UFC chief told BT Sport in January.

“That guy taped them, showed up here with a bag, went into a room, shimmied across four balconies, went in [Azaitar’s] room, dropped the bag off, changed his clothes, and then left,” he added.

The Instagram publication appeared to be a confirmation that the Moroccan fighter was no longer part of the UFC.

However, it seems that, over the past few weeks, the MMA organization has been reviewing its decision and finally decided to maintain Azaitar on its roster.

The athlete was quick to comment on the decision, expressing his gratitude to the people who negotiated his return to the UFC.

“Surround yourself with great people. I’m always grateful to everyone who was involved in this situation. The Bulldozer is back,” he wrote on Instagram.

Azaitar’s initial dismissal came only one day before his planned UFC 257 fight in Abu Dhabi, the UAE, against American fighter Matt Frevola. With “the Bulldozer” back, it remains to be seen whether and when the fight will be rescheduled.

Ottman Azaitar joined the UFC in 2019. He has so far made two appearances in the “octagon.”

In September 2019, the Moroccan fighter won his debut UFC fight by knocking out Finnish fighter Teemu Packalen. One year later, in September 2020, he knocked out American athlete Khama Worthy to maintain a clean 2-0 record in the UFC.

Azaitar has never lost a fight, even prior to joining the UFC. The “Moroccan Bulldozer” has won 13 fights since starting his professional MMA career.

Morocco to Face Tunisia in Arab Cup U-20 Semi-Final