Rabat – Morocco’s diplomatic momentum in Latin America was on full display at the UN as several countries reaffirmed their support for the political process in Western Sahara and Moroccan efforts to settle the territorial dispute.    Mexico, Guatemala, and Paraguay were among the Latin American nations to contribute to the Western Sahara discussion at the […] The post Western Sahara: Morocco’s Latin American Momentum on Display at UN appeared first on Morocco World News. 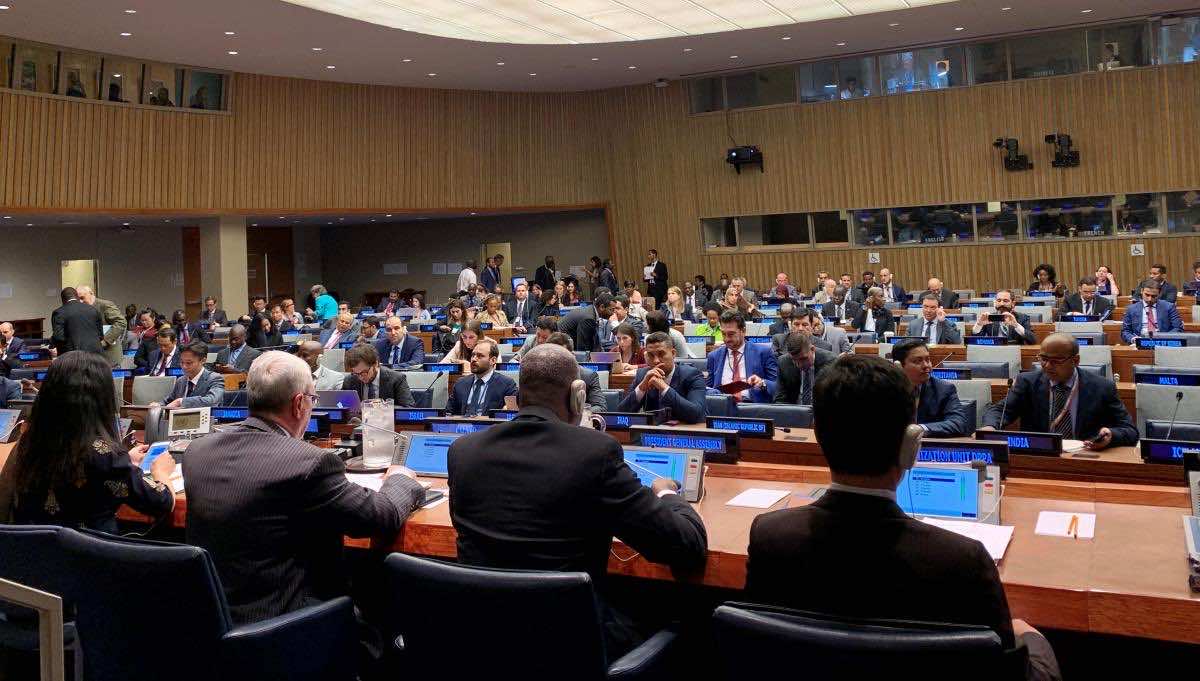 Rabat – Morocco’s diplomatic momentum in Latin America was on full display at the UN as several countries reaffirmed their support for the political process in Western Sahara and Moroccan efforts to settle the territorial dispute.    Mexico, Guatemala, and Paraguay were among the Latin American nations to contribute to the Western Sahara discussion at the 75th session of the UN General Assembly’s Special Political and Decolonization (Fourth) Committee.  Mexico Mexico stopped short of commending Morocco’s resolution efforts in Western Sahara, as the Latin American country has maintained diplomatic ties with the self-styled Sahrawi Arab Democratic Republic (SADR) since 1979.  Mexico did, however, express its favor for a “just, lasting, and mutually acceptable political solution” in the region.  A representative of the country said Mexico supports “the ongoing negotiation process … in accordance with the relevant resolutions of the Security Council and the General Assembly.” The Mexican diplomat stressed the importance of the UN peacekeeping mission in Western Sahara, MINURSO, in maintaining and supervising the ceasefire. The diplomat welcomed UN Secretary-General Antonio Guterres’ positive influence on the dossier and called for the concerned parties to the conflict to continue to move towards an agreed-upon solution. Relations between Rabat and Mexico City have recently seen a revival, with diplomatic visits bringing fresh friendship groups and cordial exchanges.  In September, Moroccan and Mexican diplomats established a friendship group to promote dialogue, cooperation, and consultation on subjects of common interest between the two countries.  Another Moroccan-Mexican friendship group focusing on parliamentary relations met in January and discussed the imperative for heightened cooperation in the economic, commercial, and cultural fields.  While Mexico’s recognition of SADR lingers in the background of Morocco’s diplomatic psyche, officials from both countries are hopeful for a new era of cooperation.  Guatemala Guatemala has long been a friend of Morocco’s in Latin America, particularly in terms of the Western Sahara question.  Guatemala took the opportunity on Thursday to reaffirm its support for Morocco’s efforts to find “a political, just, lasting, and mutually acceptable solution” to the Western Sahara question.  A representative of the country added that Guatemala considers Morocco’s Autonomy Plan “a realistic, credible, and serious basis for reaching a negotiated solution between the parties, within the framework of respect for the territorial integrity of the Kingdom of Morocco and its national sovereignty.” The diplomat, on behalf of the Guatemalan government, urged the parties to the conflict continue to “show political will and to guarantee a climate conducive to dialogue and negotiation.” The settlement of the Western Sahara dispute is essential to the “stability, peace, security, and integration of the Maghreb region,” the representative stressed.  While the diplomat’s comments echo previous statements from Guatemala, the country’s renewal of its Western Sahara stance before the UN testifies to the strength of Morocco’s growing diplomatic momentum in Latin America.  Paraguay Like Mexico, Paraguay reiterated its support for the ongoing process under the aegis of the UN to achieve a political settlement in Western Sahara. The Paraguayan representative’s statement to the UN, as quoted by Morocco’s state media, did not touch on the Autonomy Plan. However, the Latin American country has previously voiced its support for Rabat’s position in Western Sahara. In December 2019, the lower house of the country’s parliament adopted a resolution in support of Morocco’s stance in the dossier and described the Autonomy Plan as the only viable route to a lasting settlement of the dispute. The year prior, a few Parugyuan officials voiced their support for Morocco’s territorial integrity, and in 2017, Paraguay welcomed Morocco’s return to the African Union.  Relations between Morocco and Paraguay are not as solid as those between Morocco and Chile, for example, but Paraguay, like many of its Latin American neighbors, appears to be warming up to the idea of exceptionally strong ties with the North African power.   Over the past few years, Morocco has welcomed increasing support for its position in Western Sahara from Latin American countries.  Minister of Foreign Affairs Nasser Bourita notably embarked on a tour of the region in June 2019. Immediately after his visit, several Latin American countries including Brazil, Suriname, Chile, El Salvador, and the Dominican Republic officially voiced their support for Morocco’s “credible” and “pragmatic” Western Sahara stance. Other countries in the region have since followed suit, breaking from Latin America’s historic sympathy for “revolutionary” causes and chipping away at Polisario’s international standing. The post Western Sahara: Morocco’s Latin American Momentum on Display at UN appeared first on Morocco World News.
Read More

Rabat &#8211; Moroccans have multiplied solidarity initiatives to alleviate the...

Rabat &#8211; The Polisario leadership is calling for war with Morocco, delivering...

Rabat &#8211; While social media saw a surge in “stay home” hashtags on an international...

Rabat &#8211; A video showing a Moroccan-American policewoman celebrating her promotion...

Hassan Hajjaj, as both a transcultural identity living an immigrant life and a mediator...

Arab Ambassadors to Block ‘Deal of the Century’ with UNSC...

Rabat &#8211; The Arab Group at the UN convened permanent ambassadors from Arab...